Surveys help to shine a light on your issue

Most people when they hear the term market research tend to associate it with business and commerce, such as customer or employee surveys or maybe audience profiling, product and advertising testing, etc. However, reading any daily newspaper, newsfeed or watching the t..v. news you quickly realise it has another powerful use. I will wager that at least one item in any news bulletin you hear, read or watch will reference a new survey or piece of research generating a news item of interest. The survey being highlighted could be economic, political or social in nature, but the point is the feature will be using a survey's findings as the hook.

Campaign groups and public relations agents have long understood the benefits of commissioning an independent survey as a simple and cost-effective way to get journalists interested in their topic or client's message. Sometimes these issues will be very specialised aimed at niche publications, but more often they will have the potential to resonate with larger mainstream audiences. Surveys will be used for a wide range of reasons, from highlighting social or market trends to shining a light on problems and inequalities. In doing so, surveys can provide the spark or impetus for wider lobbying by those trying to get their message heard more widely. Think of a survey as providing a much needed MEGAPHONE with which to get your voice heard above the crowd! More to the point, they can help small community and campaigning groups, trade bodies, charities get FREE publicity for their cause, overcoming the need for expensive lobbyists and £££'s in paid advertising. 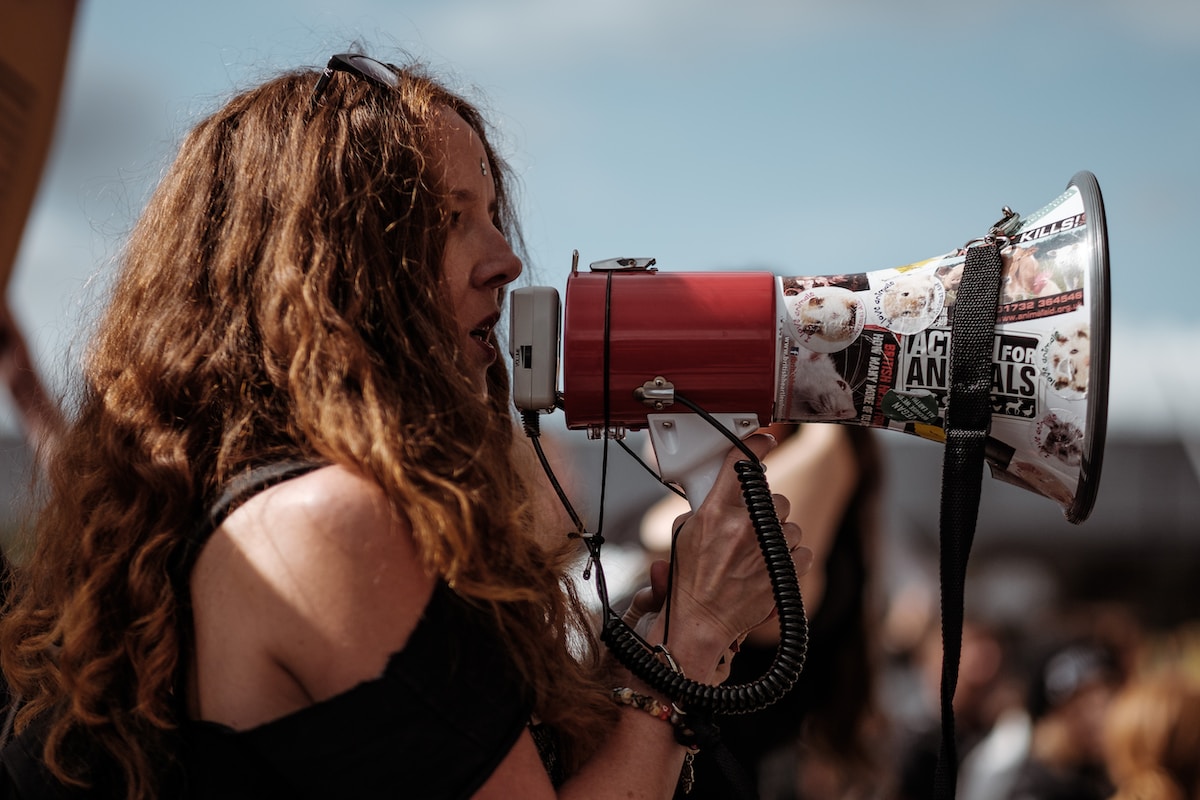 Even if you are not a marketeer or particularly interested in market research per se, you will probably have heard of The Office for National Statistics (ONS), MORI, YouGOV, Mintel and others. These organisations provide a ready supply of new survey data for their clients across a wide range of topics and issues, many of which will be subsequently incorporated into press releases that are circulated to journalists and broadcasters. Just think for a moment - if you were a busy journalist with tight deadlines and the constant need to "find stories" for your editor, how beneficial it is to have ready-made news stories arrive in your Inbox - for free!. Don't underestimate the value that those working in the media place on survey data. 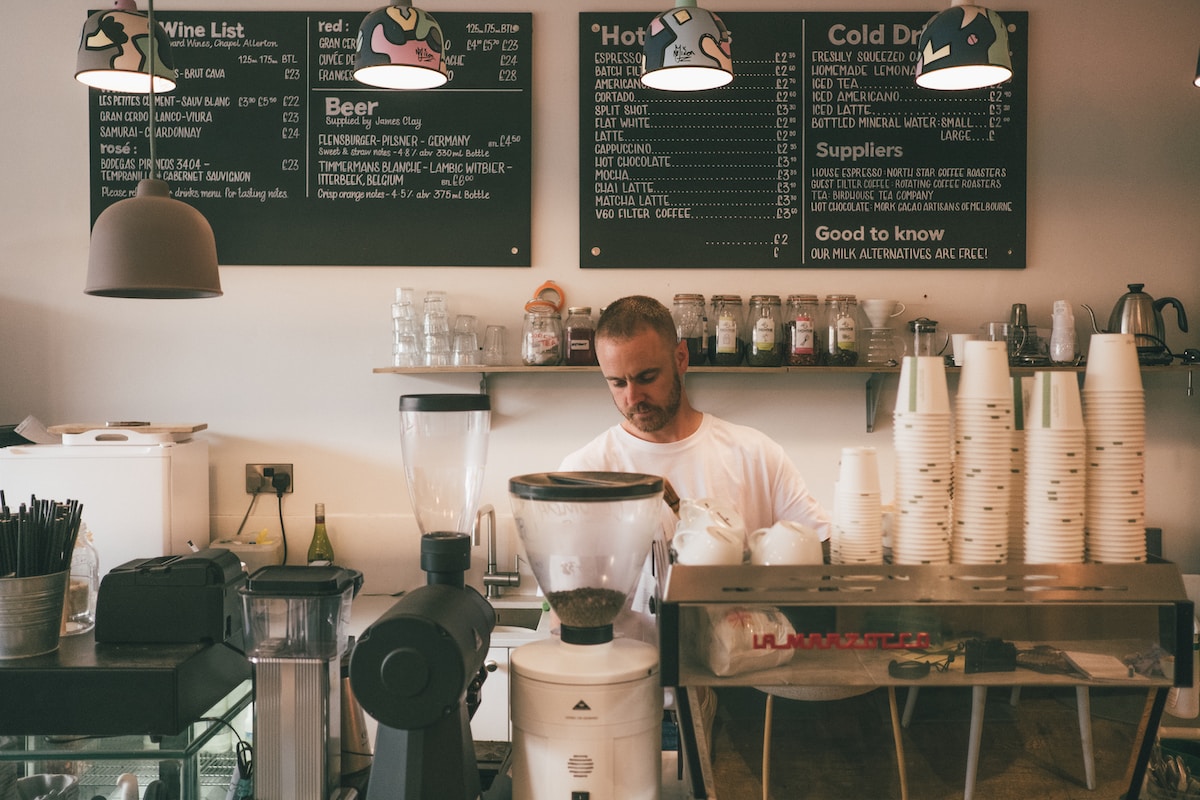 At the time of writing we're still very much in the grip of the latest Covid-19 lockdown - in only a few weeks time it will have been a year since the first national lockdown. Of all the many industry sectors devastated by the impact of the pandemic, perhaps the hospitality sector (along with travel) can claim to be among those hardest hit. One of the earliest voices to emerge at the start of the pandemic highlighting the problems of the sector was Kate Nicholls, Chief Executive of UK Hospitality. Who can honestly say they had ever heard of this trade body prior to March last year, but who can now say they have never seen or heard of Kate Nicholls? A week doesn't seem to go by when she is not representing her sector by appearing on t.elevision, radio or in the press keeping the plight of thousands of pubs, bars and licensed venues centre stage.

One of the reasons UK Hospitality has been successful in its campaigning efforts is that its boss is continually channelling the results of industry surveys. Notice how she voices her sector's plight with government ministers and political commentators from a position of "data strength". She tends not to rely on anecdotal evidence but quantifiable hard data that has been collected. Having spent over twenty years conducting marketing research I can vouch for the weight placed on the use of statistically meaningful and generalisable data when dealing with key decision makers. Unfortunately, well-intentioned insights rarely sway those holding the purse strings!

Only last week there was an article on the BBC newsfeed (7.1.21) looking at the threat to jobs within the hospitality sector. In the article both the ONS and UK Hospitality provided survey data. The former stated that almost 300,000 jobs were lost in the sector during 2020 as a result of the pandemic. And that figure was forecast to more than double in the first three months of 2021 with Kate Nicholls predicting the total will hit 660,000 by the end of March. She was able to make this prediction on the basis of a survey of UK Hospitality members which had revealed that 80% of businesses did not have enough cash to make it through to April. "It's going to be unbelievably brutal in the first quarter," Ms Nicholls said.

Alongside hospitality another badly affected sector in the pandemic has been the weddings industry. We should know, because this time last year we were still providing marketing services to wedding professionals. Literally overnight an estimated £4 billion industry became a casualty of the lockdown restrictions and has struggled to recover ever since, despite the heroic efforts of suppliers, planners and venues.

But unlike UK Hospitality, the wedding sector suffered from a chronic lack of a central focal point or unified trade body. The sector is in fact a very disparate and loose community of supplier specialisms (photography, bridalwear, cake-makers, venue decorators, etc.) and wedding venues, planners. Moreover, the industry is characterised by tens of thousands of sole traders and micro-providers, who may often provide non-wedding services and/or work part-time. Due to the lack of an organised campaigning focal point the sector's grievances were largely ignored - there was no equivalent "Eat Out to Help Out" scheme - and many wedding professionals slipped through the cracks of the official support schemes for smaller businesses and the self-employed. The sector was desperately crying out for Kate Nicholls equivalent.

Thanks to the persistent efforts of some key movers across the sector - wedding platforms, magazine owners, event organisers and social groups - who could see the HIGH PROFILE that UK Hospitality was generating across the media, the sector was advised by government that it would only be recognised by creating a single body (Taskforce) that could speak for the whole sector. The challenge was eventually met in early December with the creation of a UK Weddings Taskforce paving the way for elections and establishing eight working groups - each tasked with looking at a different challenge or group of suppliers in terms of the support required and re-opening of the wedding industry.

Earlier this month the Taskforce launched its website and what was most noticeable is the prominence it is giving to market research. One of the first things the Taskforce has done is to launch an industry-wide survey with the aim of gathering current data which will help inform internal discussions within the working groups and external lobbying with the government minister. The implication is clear - the Taskforce executive have realised they stand a better chance for persuading government where they can based their deliberations and conclusions on meaningful, generalisable and reliable data. Not only this, but I suspect we will soon be seeing lots of wedding-related press attention quoting the UK Weddings Industry Survey!

With deferred business nearly doubling the number of weddings in the post-pandemic pipeline, and clarity urgently sought for Q1 & Q2, it is critical we present our case speedily and concisely.

As the recognised voice of #UKWeddings we are positively championing the interests of all wedding businesses across the UK as we enter 2021. Act now, complete the survey!

I hope this feature has at least broadened your view of market research. Surveys provide a rational FOCAL POINT on which to hang a campaign message and motivate your supporters. They provide a media-friendly tool to get your voice heard. Don't forget, journalists are only human and appreciate a short-cut to a good story, they actively welcome being sent press releases based on survey data around which they can build a feature. And you will find that the wider public or those you are looking to influence can relate better to news which is centered around a statistic. Notice how key findings will often be used in a news headline, for the simple reason they attract the reader, listener or viewer - "Two-thirds of Britons are obese", "Survey reveals majority support same-sex marriage", "Ten most popular foods revealed in latest public survey", etc. While large corporations can afford to spend thousands on professional lobbyists and meida advertising, smaller community groups, trade bodies, voluntary organisations and charities may find that commissioning an independent survey is a cheap and more effective alternative.

This blog was written by Robert Rayner (MA Marketing), founder of The Market Research Service and formerly of Wedding ConneXions and Accord Marketing & Research.

Subscribe
Previous
Time to look back
Next
Are you missing the bigger picture?
Return to site

Powered by Strikingly
Create a site with

This website is built with Strikingly.
Create yours today!

We just sent you an email. Please click the link in the email to confirm your subscription!